Tag: And Justice for all

I think that I will be jumping forward and backwards through time. To this point this series has been so chronologically ordered, but, I think that I’ll write it better with the waves of artists that I hear. Doesn’t it happens to you?

I get hooked with an artist, an album, or a small set of songs for some periods… I hear it, and hear it, and hear it once and again, and again and again.. got the details from the slightest arrangement in guitars, bass or drums, sometimes those arrangements get unnoticed for many people, but those details are the ones that make me get in this state of fascination with some artist, and in particular, with some or his songs…

Today, I will dedicate this post to the band that made me start to love, and I mean Love metal. Since I hear them (and more when I saw them) I wanted to be like them, to play like them…. this band is METALLICA.

I am talking about Metallica when I was a 12 year old boy. I can clearly remember when  I heard Master of Puppets… this song put metallica in the map for me. In the same year, they launched the “…And Justice For All” album, for me one of the best LP ever. This album was the most responsible for me to start playing guitar, and latter, bass guitar… songs like “Dyers Eve”, “To live is to die”, “Blackened”, “Shortest  Straw” and ” “…And Justice For All” itself, fucked me up!!!

I was only digesting the And Justice album, while started to explore more of the previous things from Metallica, “Ride the lightning” rules!!

At this time I was hearing a lot of radio, specially the “Super Estacion 88.9”, I am sure that most of my generation heard this station over any other, and it was responsible of many of my encounters with great artists, even radio is so mainstream, it was an important entry point for me, because of the lack of rock and metal friends, I really had a small set of friends who where reock and metal friendly (6).

In another other posts I will get in detail of that. For now, Tell me if this isn’t worth of admiration:

I’ts not only the music wich is great, it’s the attitud, they are totally into it, they believed what they were singing and expressed it with all the passion that it worths…  In particular, I think this concert is one of the milestones in metal music. Some categorize Metallica as thrash metal, but I think that at the point of And Justice for all, it was kind of a precursor of death metal as well… it’s just my opinion. 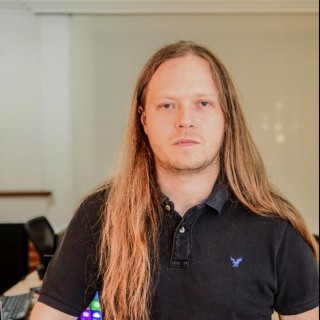